The South Rift Association of Landowners and the African Conservation Centre Community-based conservation has come of age. Ecotourism, spurred by communities setting up their own Parks Beyond Parks, has revitalized Kenya’s tourism industry and boosted wildlife numbers. Today 40 percent of Kenya’s wildlife is protected by private conservancies, more than all parks combined.

One of the richest wildlife areas and biodiversity hotspots in all Africa straddles Kenya’s Great Rift Valley connecting Amboseli and Maasai Mara. Here, the Shompole and Olkiramatian communities have set aside wildlife conservancies with the help of the African Conservation Centre. The conservancies have attracted ecotourism enterprises and researchers. The South Rift Association of Landowners was formed to promote conservancies across the rift and developing a new tourism hub linking Amboseli and Maasai Mara.

Managing wildlife, tourism and livestock calls for good information and sound planning. SORALO and ACC set up the Lale’enok Resource Centre with conservation research and planning in mind. The centre is named after the traditional Maasai scouts who gather information vital to the welfare of their families and herds. Lele’enok brings together community scouts, local resource assessors, scientists, students and conservationists to collate information crucial to wildlife conservation and community development in the South Rift.

VISIT LRC’S SITE
JOIN LRC ON FACEBOOK
WHERE WE WORK 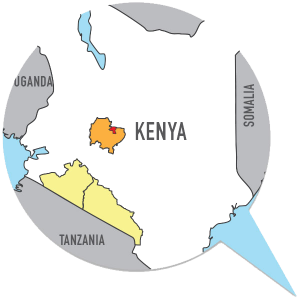