African Conservation Centre US is a U.S. registered 501(c)(3) non-profit organization. Your donation is tax-deductible to the fullest extent of the law.

Like many of Africa’s charismatic species, giraffes are declining rapidly due to climate change, land pressures, displacement and poaching. Sadly, they are now extinct in seven African countries.

In Kenya, there are three giraffe sub-species: Maasai, reticulated, and Rothschild’s. The Maasai giraffe, commonly found in Kenya’s southern rangelands, has declined by 52% since the 1970s. The Convention on International Trade in Endangered Species of Wild Flora and Fauna (CITES) recently listed Giraffes on Appendix II at the Conference of Parties (CoP18) held in Geneva, Switzerland, August 17-28. Executive Director, Lucy Waruingi, represented ACC at this conference and encouraged this increased protection for giraffes. The International Union for Conservation of Nature (IUCN) formally categorized the Maasai giraffe as an endangered species as well. 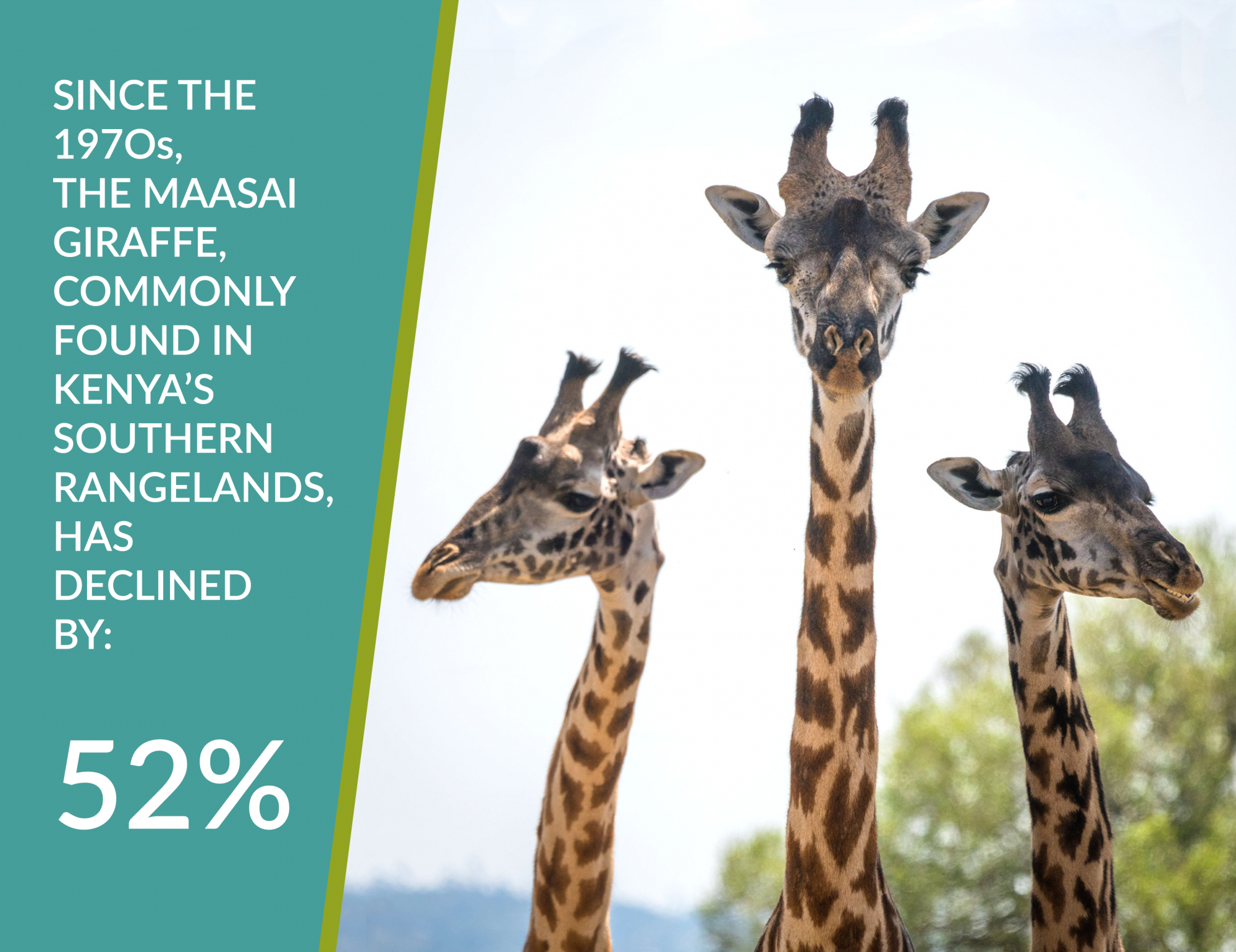 This Program will assess the current status, trends, seasonal movements, habitat utilization, home ranges and conservation prospects for populations of Maasai giraffe in southern Kenya based on long-term ecological monitoring. Solar-powered tracking units will be placed on the giraffes’ horns. The collected data will be used to map the minimum viable area for the Amboseli and South Rift populations and corridors for connecting Maasai giraffe populations across southern Kenya and northern Tanzania.

MGRCP will then prepare conservation strategies and action plans in support of the National Recovery and Action Plan for Giraffe (Giraffa camelopardalis) in Kenya (2018 – 2022) and similar plans in Tanzania. This research will provide the first picture of detailed giraffe movement vital for conservation planning and protection, including anti-poaching operations and mitigating the impact of infrastructural developments. 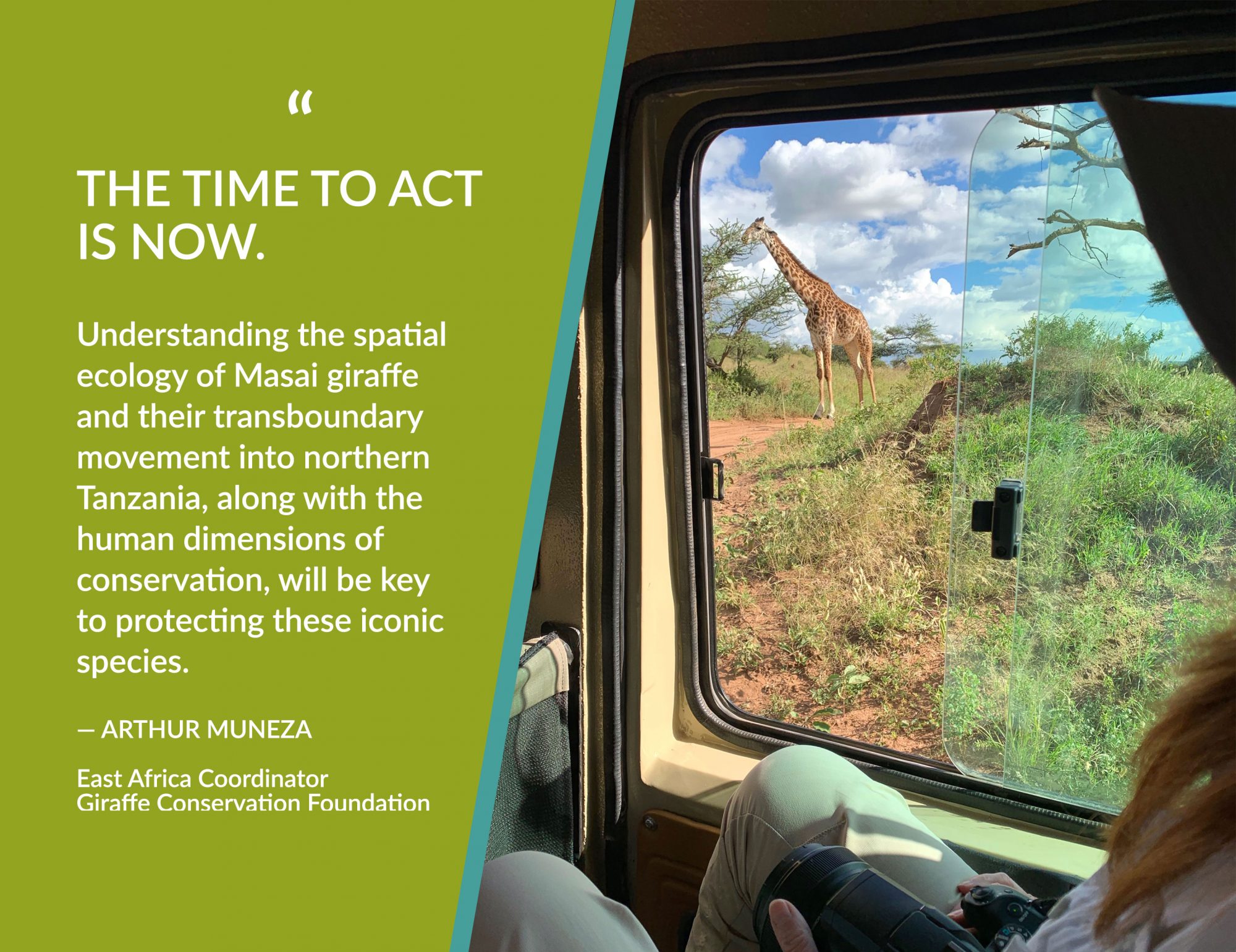 Help Us Save the Maasai Giraffe

Our goal is to raise $50,000 by March 31, 2020. This money will be used to hire resource assessors and give our community game guards the vehicle and tracking equipment they need. We welcome any donation amount. African Conservation Centre – US is a 501(c)(3); Your gift is tax-deductible to the full extent permitted by law.

DONATE ONLINE
Use the secure form below to make a donation with credit card or your PayPal account.